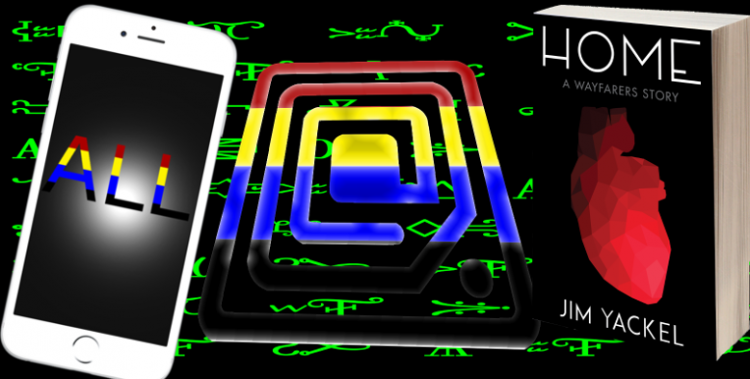 The older agent’s face reddened as he tapped on the monitor screen and mouthed the words “stay on the script! Start after the word ‘Utopia!’”

“Excuse me inhabitants, I was lost in deep thought and great anticipation. So, because I know the truth, I will tell you the truth…”

The older agent jammed his pointer finger against the monitor, while the other agent and the Theeb troopers leaned toward Marie; each anxious to go first.

“Everything I just told you is a lie” Dave continued. “The truth is that there is civil war on America’s streets, being manipulated by the Government-Media-Silicon Valley complex, and NADIT is a big part of it. War is imminent with NATO, Russia and China, while Israel will be forced into signing a sham seven-year peace deal. The One World System is built and being implemented. My fervent advice is that you accept Jesus Christ as your Savior and Lord without delay.”

An excerpt from my latest fiction book release HOME: A Wayfarers Story available in Kindle and paperback.