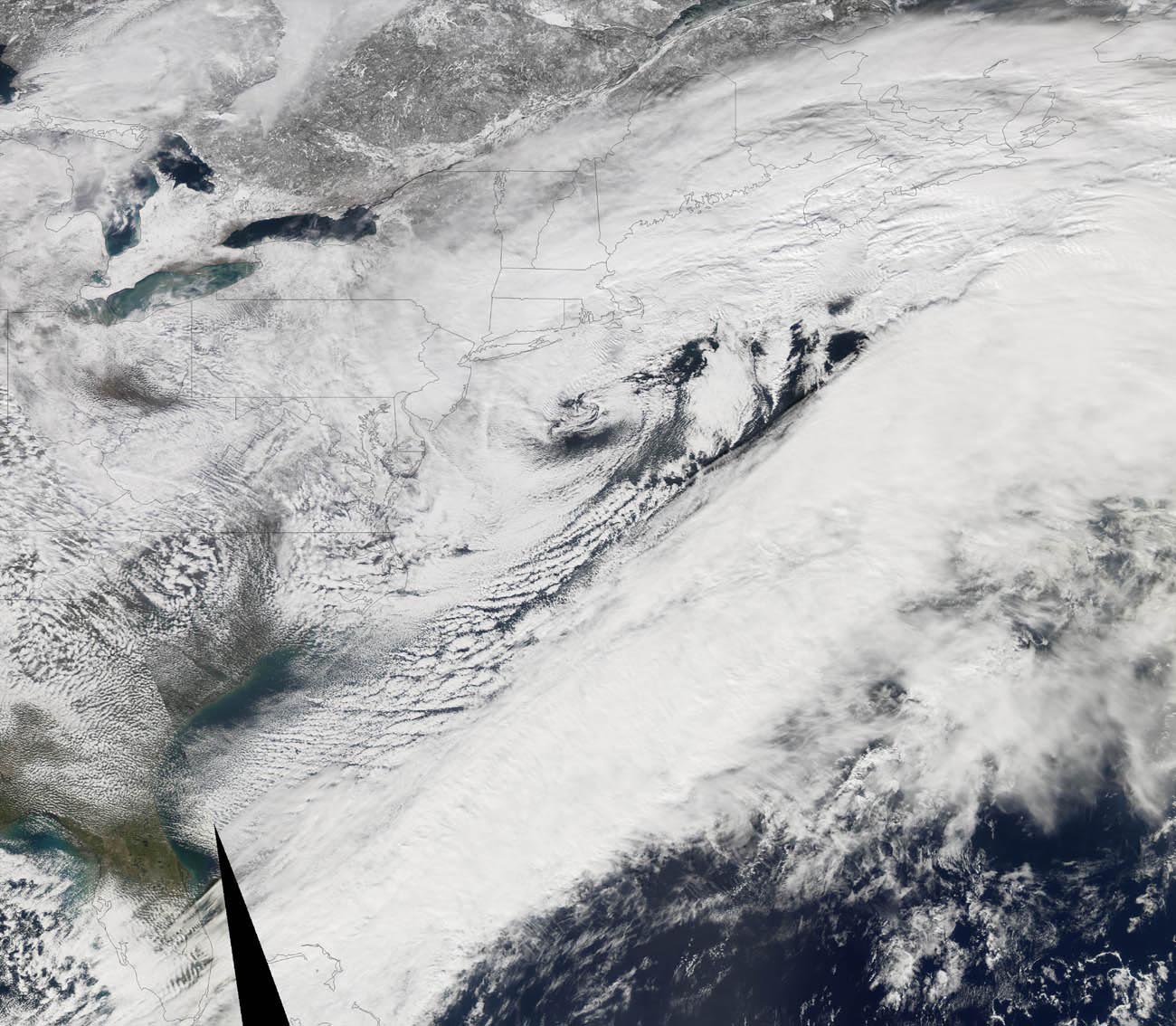 Meteorologists refer to a powerful storm that resembles a hurricane with snow as a snowicane. A hurricane with its wind in and of itself is formidable enough, but when combined with heavy snow the result can be devastating. One such storm pounded the Alaskan coast in November of 2011 with pressure equivalent to a Category 4 Hurricane.

Snowicane worse than a Hurricane?

On a recent night I dreamed that a snowicane impacted the East Coast in a manner similar to a nor’easter. In the dream, I was watching YNN, a channel that carries local news to Syracuse and central New York viewers. A weatherman who was nameless in the dream showed a map with the double-oval storm symbol tracking up the coast and veering inward toward eastern and central New York state. The nameless weatherman who was dressed in a dark suit with white shirt and a tie colored purple, black, and silver moved his hand along the forecast trajectory of the storm and announced:

“Generally, these nor’easters move along the coast and into New England, but this one is going to move westward and make a direct hit on central New York, including Syracuse, Utica, the Catskill region but first through the tri-state area. This monster storm will be packing winds in the 60 to 80 mile per hour range, with gusts near 120 miles per hour. Snowfall of twenty-four inches or more can be expected Tuesday night with blizzard conditions. This is an extremely dangerous storm that can be best described as a snowicane. Temperatures will be falling through the teens with windchill factors well below zero. Folks, I wouldn’t be surprised to see three feet of snow fall over twenty-four hours – but it will be the wind that could lead to fatalities if all precautions are not taken. Now ladies and gentlemen, this will not be the snowiest storm that the Syracuse area has ever seen, but with the wind, hail, and ice it will likely be the most dangerous in our history.”

What was peculiar was that this weatherman seemed delighted to report the news of the oncoming storm. He was sneering and snickering while speaking of the windchill factor and that he “wouldn’t be surprised to see three feet of snow fall over twenty-four hours.” What I do recall about this chap was dark wavy hair and dark circles under his eyes. He didn’t bear the likeness of anyone that this writer is familiar with as far as the reportage of Syracuse-area weather is concerned.

It was just a dream but it has hung with me vividly. I am not a meteorologist but there is something that seems legitimate here; it’s as though I believe that some sort of snowicane may indeed impact the East Coast and eastern and central New York State this winter of 2011/2012. It’s likely that I’m wrong and there was nothing to the dream, but what if I’m not? What kind of physical and economic destruction would a snowicane visit upon the eastern United States? How great would the toll be on human life in the affected area?

In conclusion, it is best to be prepared. As with a hurricane, a snowicane would not only cause tremendous damage but also knock out electrical power. A stock of canned goods, powdered milk, bottled water, candles, matches, Sterno canned-heat, batteries, flashlights, and warm coats, hats, boots, and gloves would be a good idea. A battery-powered radio with weather band to receive National Weather Service broadcasts would prove to be exceedingly useful and could save lives. If you have a wood stove or fireplace, make sure that there is plenty of dry firewood on hand.