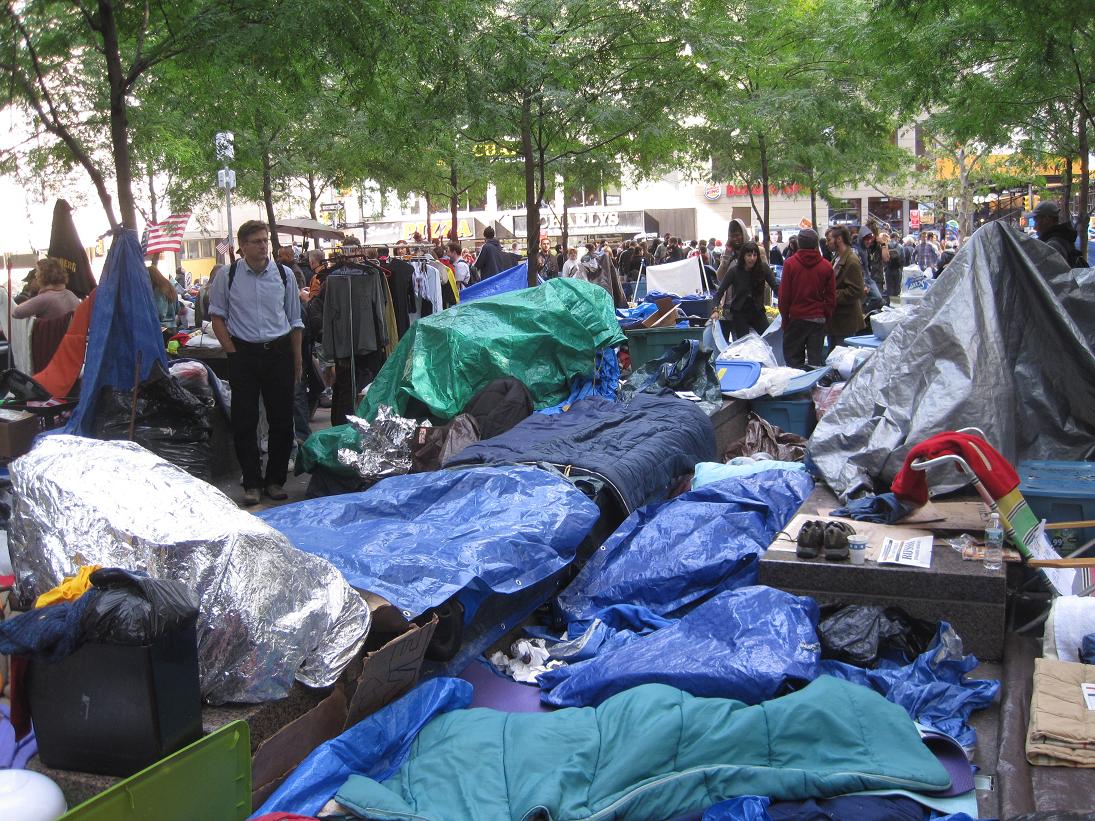 Seemingly, that is the goal of the iconic movement known as Occupy Wall Street; to change all of the world – in essence to occupy all streets and not just Wall St. They are “peaceful” and “non-violent” they claim, to maximize the safety of all participants. The 2011 Arab Spring is being used as the model by this movement to achieve its goal of bringing down “the man” and spreading equality throughout the land… 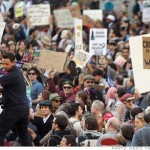 …But could it be possible that “the man” is actually the backing; the de facto executive producer of this travelling Occupy Wall Street show? Could it be logically claimed that the men and women who operate the Federal Reserve, the IMF, and the big banks worldwide are actually that mysterious, heavy-handed and greedy “man” who would benefit the most from movements like Occupy being successful?

Yes, the group that postures as the crusaders for and defenders of the 99 percent has been relatively quiet for a number of weeks, but Occupy Wall Street surged back into Zucotti Park and through Soho and the East village in New York City on New Year’s Eve of 2011. There were no major incidents and on New Year’s Day the flagging U.S. economy was in no worse condition than the day before.

Indeed, the globalist elites who desire control through a New World Order need America to fall in order for their machinations to become more than mere conspiracy theories. Coming quickly is a one world economic system and it is today being craftily constructed before our faces, though most lack the discernment to recognize it.

While for some of the participants the 1960’s were the halcyon days of their youth, Occupy Wall Street protesters desire more than to relive that decade or experience it for the first time. Much of what drives the movement is the lust for a neo-communal socialist utopia that will never be. Contrary to what they may believe, these protesters are in fact doing the bidding of the 1/8 of 1 percent who are bringing Wall Street and the American economy down systematically with cold, cruel efficiency. As for now the Occupy movement puts a face that is acceptable and admirable to popular culture on those captains of finance and industry who operate in the shadows of Europe, the Middle East, and the United States and truly do the work that is destroying the Dollar, the Euro, and the Capitalist system as we know it.

Some food for thought: Does Occupy Wall Street know what it is that they are protesting, or are they merely naive’, idealistic, recycled hippies and second and third generation flower children? Does the Obama administration have more than just a passing interest in this group and hopes for its success?

Will this movement become suitably empowered to occupy your street?