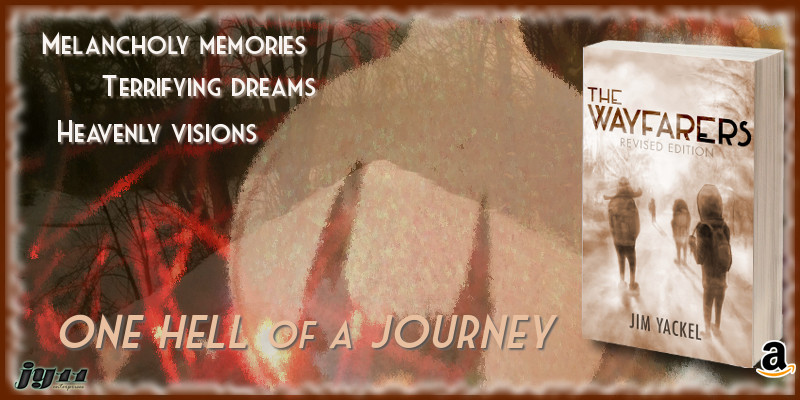 We dreamed of cabins, cookies, coffee, and Christmas trees…

*A blog written by a character who appears in the novel The Wayfarers: Revised Edition. Read the book in Kindle or paperback, and you’ll discover who he his.

We longed for crackling fires below the hearth in which to kneel before to warm our hands. We could almost hear the sound of Ode to Joy being played on the violin by a beautiful young lady so dearly loved by one of us.

Christmas is the celebration of the birth of our Lord. We didn’t know in fact what time of year He was born, but as always we celebrated it during December. But, this December will be emblazoned on our hearts and souls for eternity.

While we walked we prayed and dreamed. America had been critically wounded, and those in power who could have held up a shield of protection chose not to. No, they let it come to be the fulfillment of evil, lustful desires. But, it was no surprise as this would further accelerate the fulfillment of written Revelation. Yes, it came and many – too many – were forced to change.

We walked because we were led to. We walked with a man who wore an orange hat; a man who was led to lead. He was nobody special, but he was convicted, and you could say that he was directed. This man had already walked a long, long way before we joined him. What amazing stamina this man possessed!

I carried a battery-powered radio, and the reception and programming was unpredictable, because those who refused to stand in the gap and protect our freedom of speech instead took control of the airwaves. Still, we listened to what was allowed to be broadcast, and we heard Stille Nacht by Mannheim Steamroller. It touched the convicted man who led us in a manner like we’d not seen in our individual lives, and we were likewise affected. We had never known someone so profoundly affected by music. You could say that we were changed by it…

Yes, citizens, we were cold as our feet crunched through the snow down the westward path. It was a relief to be out of the tunnel and we learned never to veer from the path again. There were other paths that led into the brush, but they were traps that would leave us vulnerable to the creatures that followed a master who resembled all at once a man, a bat, and a Doberman Pinscher. It was protection from that beast that required the blood to be shed and then accepted by those who would believe the Word.

We were freezing and tired. It was a cold December night and man, like I said, we were bone tired. We dreamed of cabins, cookies, coffee, and Christmas trees. We only wanted to be home, safe and warm. Would our prayers be answered? Could our dreams came true?