This writer has blogged at length in regards to SOPA, less so about the similar legislation known as PIPA, and now for the first time, the newest attempt to reign-in counterfeiting known as the Anti-Counterfeiting Trade Agreement, or ACTA. 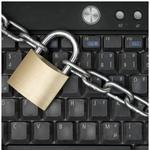 The list of signatories of this legislation reads like a one world kumbaya: the U.S., the European Union and twenty-two of its member states, Canada, Australia, Morocco, Japan, South Korea, New Zealand, and Singapore. “Purilateral” will become a commonly-used New World Order buzzword, and ACTA is a plurilateral agreement for the purpose of establishing international standards on intellectual property rights enforcement.

President Obama and eight negotiating partners signed the agreement on October 1, 2011. The White House in sinister fashion circumvented the necessity to have ACTA confirmed by lawmakers; doing so by presenting it an as “executive agreement,” although legal scholars have taken note of  the glaringly dubious nature of this characterization.

ACTA is SOPA and PIPA on steroids; granting copyright holders direct powers to demand that ISPs remove alleged copyright-infringing material from the internet merely on a whim. Under pre-ACTA conditions, internet service providers were only forced to remove content after a court order. Now, all legal oversight will be abolished, creating a precedent applicable worldwide. With legal oversight being eliminated, the potential for abuse will likely be greater than that which would have been suffered through PIPA or SOPA.

The internet has made the acquisition of most music free via MP3, crippling the music industry and damaging profitability for songwriters and recording artists. Music listeners merely need to paste the URL of a music video into any one of a number of “convert youtube videos to MP3” style websites and the soundtrack can be downloaded for free, which is stealing and not “sharing” – the feel-good phrase that is used to rationalize online piracy. This piracy is one of a number of crimes that ACTA, PIPA, and SOPA were created to eliminate, and that appears good on the surface…

…But ACTA would bring an end to the internet as we know it. It would put de facto control of the World Wide Web into the hands of two powerful Washington D.C. lobbying groups: the music and the movie industries. Governments around the world would cede to the wishes of these billion dollar golden calves, and it is likely that not only would piracy be eliminated but likewise a great deal of online shopping and research. And with global enforcement, the far-fetched notion that Big Brother can’t hear what goes on in your home – let along over your phone – would no longer be fiction but faction.

Sovereign nations must be brought down to bring about the coming One World System. It seems now that a free-flowing internet may have to be chained and restrained as well.

Keep watching at the wall!