You’re feeling chilled, neglected, frightened, defaced, defamed, rundown, and tired. The journey has been long and at times arduous as you’ve carried your backpack and walked the snow-covered path for miles that you’ve lost count of. 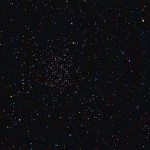 The small battery powered radio that you’ve been carrying has been supplying news and information; some of it from a pirate radio station broadcasting from a secret, undisclosed location. You’ve no doubt that the voice broadcasting over the pirated frequency is more credible than the professionals that are carried with FCC approval. The voice on the pirated station is telling it like it is with no spin or pressure to provide content that would be approved by the stockholders and advertisers. The “voice” may get discovered soon; but instead of being contracted to a syndicated nationwide show on Premiere Radio Networks or SiriusXM he’ll likely be arrested; as “they” – you know, “the powers that be” – took over all manner of legal communication today. You pray silently for protection for the pirate voice and that his broadcast will be found by more information seekers as the cold, clear, starry night wears on; a night that is bringing the curtains down on a most cataclysmic day.

On this length of snow-covered path you see the footprints of those who have passed through earlier. You’d like to be with that group of five or six; you can only guess the number when the moon illuminates the snow enough for you to take a cursory inventory of prints. You’re alone and Lonelyville is the last place you desire to be. After a day like today, no one would want to walk alone. Today the world changed; the things that the experts and analysts warned would happen did so and are currently doing so tonight as you walk and the voice broadcasts with smoldering passion and speaks with honest conviction as someone with some manner of inside information. Thank God for that pirate voice!

You read a story about a night like this where there was a group of travelers running from and going to; but you never imagined that you’d live out a similar tale. Indeed, the fiction became faction and somehow you knew that eventually it would; as we’re all living with a time-bomb in our pockets.

You are the one that the writer left out of the story. You are the one that was saved for an aside. It could be said that you were assigned to the inactive list. It was your scenes – your great performances – that were left on the literary cutting room floor.

You are on the lamb and avoiding a scam, just like those up ahead of you. You’re alone, you’re the flight-risk that flew and now the long arm of the scofflaw is after you. You might die tonight but whether you live or die you are headed home…

…The question is: will tonight bring eternal rest or just a good night’s sleep?