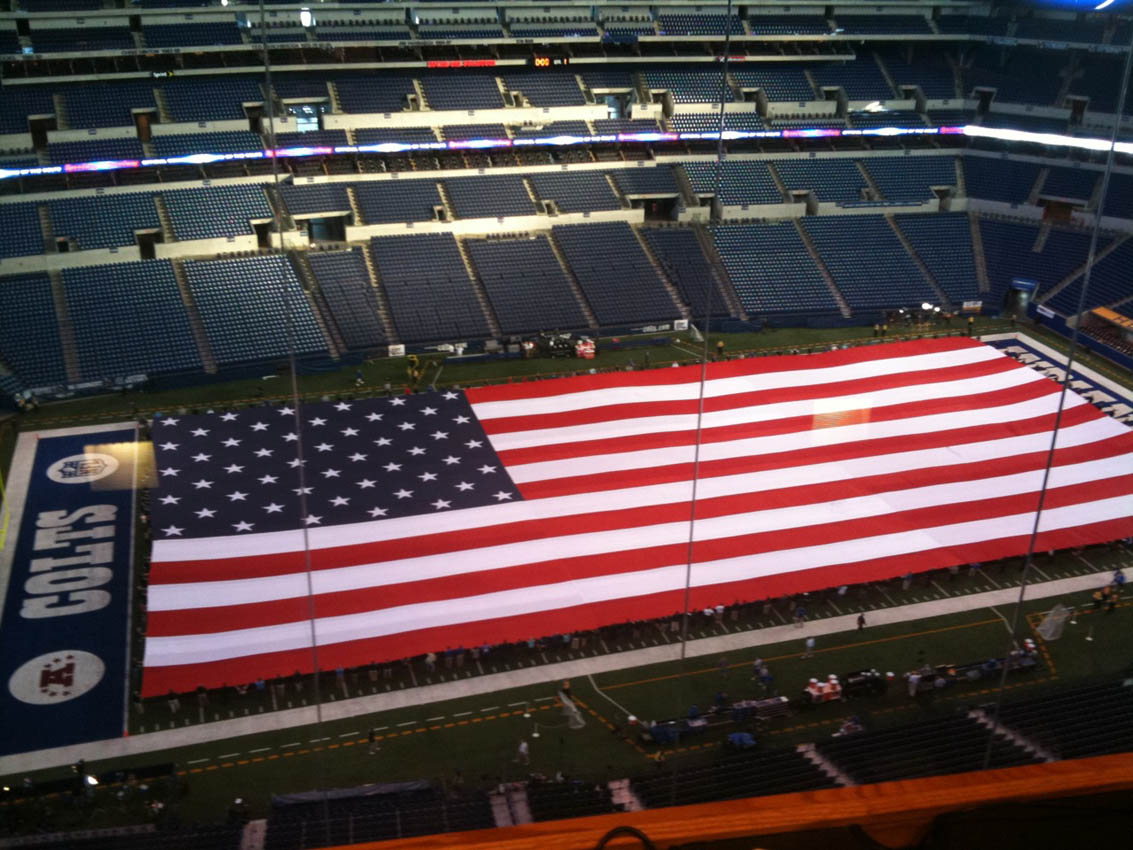 The New York Giants will square off against the New England Patriots in Super Bowl 46 on Sunday, February 5, 2012. This years contest will take place at Lucas Oil Stadium in downtown Indianapolis, Indiana.

The Super Bowl has become more than a mere game between the NFC and AFC conference winners to decide the NFL championship. The Super Bowl is now an event; an unofficial national holiday and an entertainment extravaganza – often showcasing the worst of a bad lot of popular culture icons during the extended halftime show that lurches on far too long through dazzling lights, hazy smoke, and writhing worship of popular music deities.

Would Occupy Indianapolis choose to set up camp in close proximity to Lucas Oil Stadium before the Giants take the field against the Patriots? Certainly, the “One Percent” will be in town in considerable numbers to enjoy the finest hotels, luxury boxes, catering, all-access passes, and all of the scintillation that the Super Bowl can create for to those who can pay the price. The One Percent will be on the field as well, personified through well-remunerated quarterbacks Eli Manning and Tom Brady; who in the eyes of Occupy would certainly not pay enough in taxes!

The Ninety-Nine Percent will watch the game on television in millions of homes and countless thousands of beer joints. Lustful men will ogle Madonna as she performs at halftime; offering up crude remarks as to her physical features and what they would like to do if they were among the wealthy One Percent who could potentially gain access to her. Fistfights will break out here and there between inebriated, overzealous Giants and Patriots fans. At the conclusion of the game, joyful vandals may riot in New York, Boston, or possibly both cities.

When the post-game coverage and analysis begins, let’s hope that it will center on the game itself; a game that was physical yet cleanly played, close in score, and highlighted the considerable talents of the players that participated. Let us hope that the over-aggrandized halftime spectacle ends up as a mere afterthought.

Let’s pray that there are no protests that distract from the game or events that endanger the spectators, participants, and all associated with its management, broadcast and free flow.

When all is said and done, Super Bowl 46 should be remembered merely as a game that transcended all before it as a peerless gridiron classic.