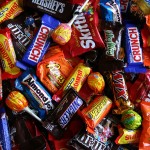 The Word in fun-sized bites?

The above scripture is from the gospel of John; chapter 1 – verses 1 through 5. It speaks of the “Word” – who is none other than Jesus Christ the Lord. It is the truth and in that it is beautiful in its simplicity. Jesus has existed since the beginning; even before He was born to a virgin named Mary and grew up to fulfill his earthly mission: dying on the cross at Calvary to pay the sin debt that all mankind owed but yet could never perform enough works to pay.

As a novelist who loves the Lord primarily but also desires for the world to read and purchase his work secondarily; I am faced with a culture and a public in 2011 and 2012 that to a great deal is not interested in The Word. This is a culture that is different than that of 1995 when the first book of the Left Behind fiction series, authored by Tim LaHaye and Jerry B. Jenkins, burst onto the scene and performed immeasurable evangelical miracles; which included leading this writer to Christ in 1999.

Indeed, it seems peculiar that in a mid and late 1990’s world that was more secure and arguably more stable than today; more were eager to not only read about The Word through fiction and non-fiction alike but also accept it as truth. Now – perhaps based partly on technological advancements that serve us and likewise serve to distract – the culture doesn’t seem interested in the meat of The Word at a time when it needs to feast on it like never before. Have we become a culture with the attention span of a one month old puppy presented with infinite flickering choices while suffering from media overload and spiritual Attention Deficit Disorder? This is a culture that seems to believe that it can select and choose its savior as a downloadable App.

I believe that we now live in a time where the presentation of The Word may be well-accomplished through “fun-sized bites.” Perhaps before the meat of The Word will be consumed by a culture that has to a degree been convinced that meat is deadly, there needs to be Hors d’oeuvres to whet the appetite of a society more accepting of the phrase “meh” than “Jesus Saves.” This is a society that is more than ever before geared toward recreation and entertainment; (ironically in a collapsing economy) so in that a good story or motion picture about The Word can be that “fun-sized bite” that may prepare the palate for the meat that nourishes and gives life.

As I recently wrote about the Fear of Dying, I would ultimately like to present the glorious hope of life eternal. If a fun-sized “candy bar” in book or electronic media form can be offered without the compromise of integrity, let us hope it can lead more to accept the truth of The Word.

It is my ardent hope and prayer that The Wayfarers trilogy will accomplish this goal.